http://smarturl.it/CrazyAboutLoveAnth
GR TBR: https\://www.goodreads.com/book/show/36900288-crazy-about-love-anthology?from_search=true
It takes all kinds of love, and sometimes crazy, to pull at the heart strings and finally stick. Because love and hate are senseless things, sometimes it takes getting through the hurt to get to the finish line. Other times, it’s easy.
Stories by bestselling, award-winning and new authors from different experiences with varying degrees of love and hate and one common theme – exploring the love in all its crazy forms.
What makes your heart sing? Do you believe in love at first sight? How much pain is too much, even for the romantic heart? And, what would you be willing to sacrifice for your one true love?
With something for everyone, Crazy About Love is sure to make you laugh, smile and even cry as we venture together into that crazy thing called love…

EVERY TRIBE HAS ITS CODES OF HONOR.
Following those codes can be deadly.
Not following can be worse.
Vegan
by Erin Lee
Link: http://a.co/bWyldgM
GR TBR:
https://www.goodreads.com/book/show/36313779-vegan
The Ten Golden Rules: They are simple.
Do not mistake humble for weak, nor meek for frail.
Don’t confuse empathy with stupidity, or honesty with foolhardiness.
At no time underestimate the power of gratitude.
Always be appreciative and sincere.
Forever hold true the virtues of integrity and patience.
Never assume.
***
The Ten Rules of Karma: They are certain.
Expectations based on pretenses often come with a price tag too high for even the loftiest of egos. Arrogance is certain to find its way back to powerlessness.
Those who put themselves first always die unaided, afraid, and eventually overlooked.
Honor comes not with manipulation or forced servitude.
What you give is what you receive tenfold.
Truth is in action and intention alone.
***
The Word:
The meek shall inherit the earth.
Or so they said… 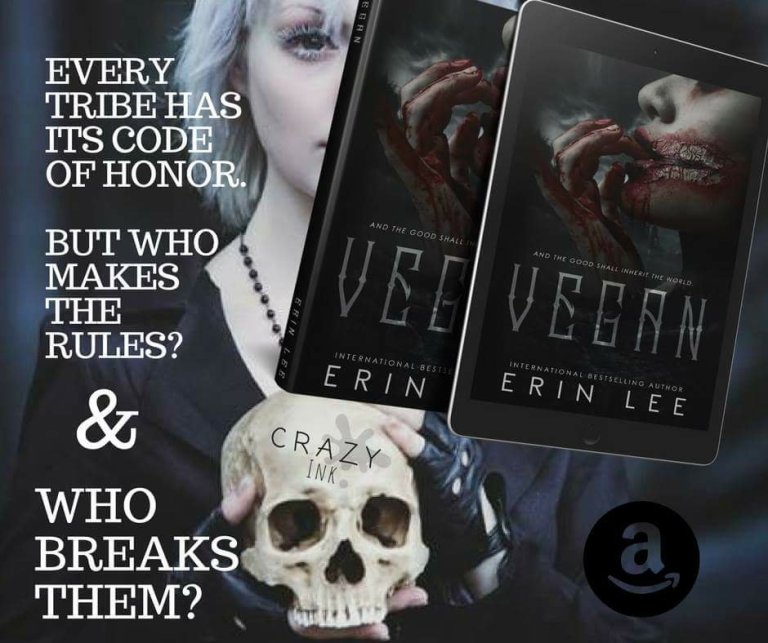 A Rita Delude Romance Novella
Escape from Reality – Book Ten
Can be read as a standalone!

#Romance
#Escape
#CrazyInk
http://smarturl.it/KaleidoscopeRDelude
GR TBR:
Kaleidoscope by Rita Delude https://www.goodreads.com/book/show/35612568-kaleidoscope
Kaleidoscopes are made of many faceted pieces of broken glass. Alice is broken like that glass, and Travis did the shattering.
She runs to Escape, Colorado for its healing vibes, the love of her aunts, and a new beginning. She invests everything she has left—time, money, sweat, and tears—into her new venture. She’s not counting on a man.
This time, Alice picks up her own pieces and becomes the creator of her own vision. With her determination, all things are possible.
Yet, it would be so much more like the beauty of a kaleidoscope if she could find the right man to share and support her dreams. Perhaps, she will in the charming town of Escape. 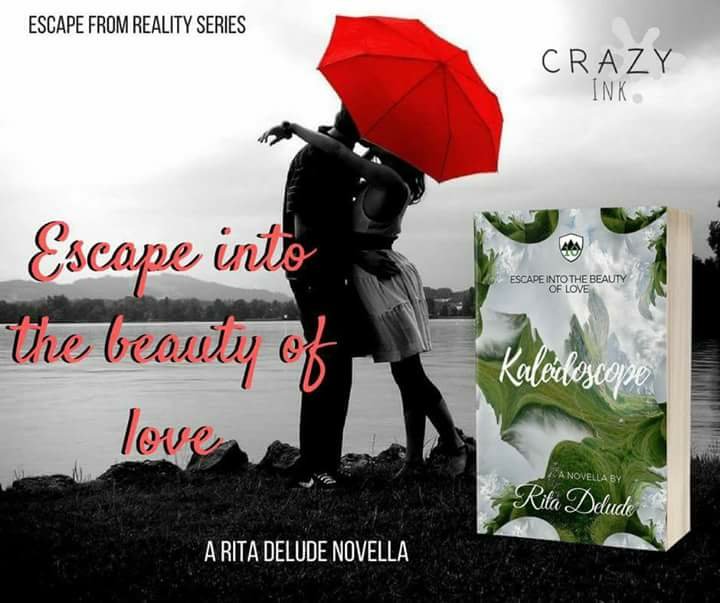 What happens when a tang-smelling, foul-talking earthling duo sets out for cheap dates in outer space?

Casius and Remus are the most pathetic excuses for humans in the universe, but everyone deserves love right?
The hopeless pair go out on the pull after finding dates on the infamous “SpaceConnections” website but get lost in space.
On their journey to the illusive sector 315a to meet their dates they get lost after taking several wrong turns.
Follow their journey and meet the various beings they come across along the way in this hilarious and debaucherously filthy anthology of five short stories.
Cosmic Justice – Erin Lee
Virgin Women in Outer Space – Jim Ody
A Hillbilly in Space – Rena Marin
Little Green Men – Rita Delude
Hacked – Alana Greig
***
Summary:
Virgin Women in Outer Space: Trenton and Bailey go through a magic door that sends them through time and space. They are turned into women. They meet a couple of guys who are smuggling sex bots and get into a barfight with Casius and Remus. They end up in jail with one of the sex bots, who then helps them escape. Casius and Remus take them back to the planet with the portal and they go home.
A Hillbilly in Space: One of said sex bots (pleasure bots) is abandoned on a trash planet by her owner. She gets picked up by Casius and Remus, who take her in their ship for a romp. They stumble across her former owner and reprogram his new pleasure bot to make fun of him.
Cosmic Justice: A Volusian waitress has to deal with two smelly Earthlings, Casius and Remus, but is surprised by the chivalrous behavior of Remus. She leaves planet Volusia and ends up on Earth. She starts a new job for a nice family on Earth and meets the love of her life.
Hacked: Hermaphroditic twins have hacked into SpaceConnecttions to lure Casius and Remus to them for revenge on all male humans. When they arrive, the girls are surprised by how kind Casius and Remus are. They change their plans and take all of their employer’s money to start a new life.
Little Green Men: Despite not finding an actual sector 315a, the men finally arrive on a planet to meet the elusive BigTitsWarbler and InsertItInMyWormhole. They experience the wild side of planet Kolinka before finally indulging in the promised hook-up. After their fun, they are offered jobs on the planet. When they refuse, they are turned into frogs.

Bree’s destiny had always been kept.
Like a dirty secret, it was nearly impossible to escape a certain dark fate. A victim of circumstance determined to survive, she only wanted someone to trust. But it wouldn’t come easy.
First, it was the family life that forced her to run away from home at age fifteen.
Next, it was her son’s father, Le, who pulled her from friends, locking her into a toxic web of abuse and drugs.
Then came the addiction, which chained her to methadone clinics and seclusion.
In spite of it all, Bree refused to allow anyone to put out her fire, which burned brightest in the love of her son, Noah.
Just when she was beginning to turn things around and had repaired her relationships, came the final blow.
Locked in isolation and desperate for someone to put her trust in, Bree began talking to a mysterious man over the Internet. Placing her trust in him was the biggest mistake of her life.
Now, caught in his evil web, she must decide—once and for all—how to take control of her life.
It starts with a can of gasoline and a simple spark. From there, comes the fire.
In the end, she determines, it won’t be Bree who is kept by anyone ever again.